The Cone sisters are beloved in Baltimore and known internationally for the art collection that is their legacy. Now, they are also the subject of All She Must Possess, a new production by playwright Susan McCully, assistant professor of theatre at UMBC. The Rep Stage in Columbia, Maryland, will host the play’s world premiere as part of the 2018 Women’s Voices Theater Festival this month.

The play focuses on the Cone sisters, Claribel (1864-1929) and Etta (1870-1949). Together, the siblings, Baltimore natives, built a massive collection of works by some of the most important artists of their time – Matisse, Picasso, Pissarro, Courbet, and Degas – amassing approximately 3,000 objects, including 500 works by Matisse alone. 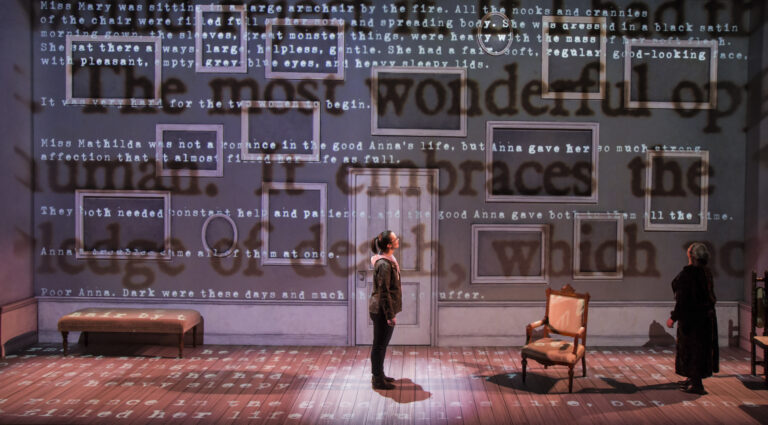 Billed as a “highly theatrical celebration of Etta’s extraordinary life,” McCully developed the play after a year of deep research into an extensive collection of the sisters’ personal papers held by Baltimore Museum of Art.  The papers were donated by Etta to the museum, where the sisters’ art collection also resides, upon her death in 1949.

Notwithstanding their conservative dress and appearance, the sisters were renegades of their era. Neither married and Claribel became a doctor of medicine, specializing in pathology. Their impulses as art collectors, at first led by Gertrude Stein and her brother Leo, were ahead of the times and led to purchases of works considered provocative and even scandalous. One such work was Blue Nude by Matisse, which is brought to life in the production.

Speaking to Celia Wren of the Washington Post about the play, McCully theorized that as single women with comfortable incomes the Cone sisters had the freedom and energy to travel and develop their own interests, identities, and relationships. “The collection exists in a way because they were, at least, not heteronormative,” said McCully. The dramaturg, known for her work at the intersection of feminist and queer representation, also refers to Etta as “a kind of gay hero” who lived on her own terms, and had an intimate relationship with acclaimed writer and fellow art collector Gertrude Stein.

Susan McCully is a scholar of feminist theatre and a dramaturg, as well as a playwright and performer. Her plays have been produced at colleges and universities, as well as fringe and alternative spaces throughout the U.S. and internationally. At UMBC, she teaches a range of courses in theatre history and dramatic literature, and works on the department productions in the role of dramaturg. She is a specialist in cross-gender casting and gender performance; she also teaches courses in queer performance and feminist representation for UMBC’s gender and women’s studies program

All She Must Possess will be performed February 8-25 at Rep Stage at the Horowitz Visual and Performing Arts Center at Howard Community College, 10901 Little Patuxent Parkway, Columbia, Maryland. Tickets: $10-40. Call 443-518-1500 or visit repstage.org.

See coverage in the Baltimore Sun and Washington Post.