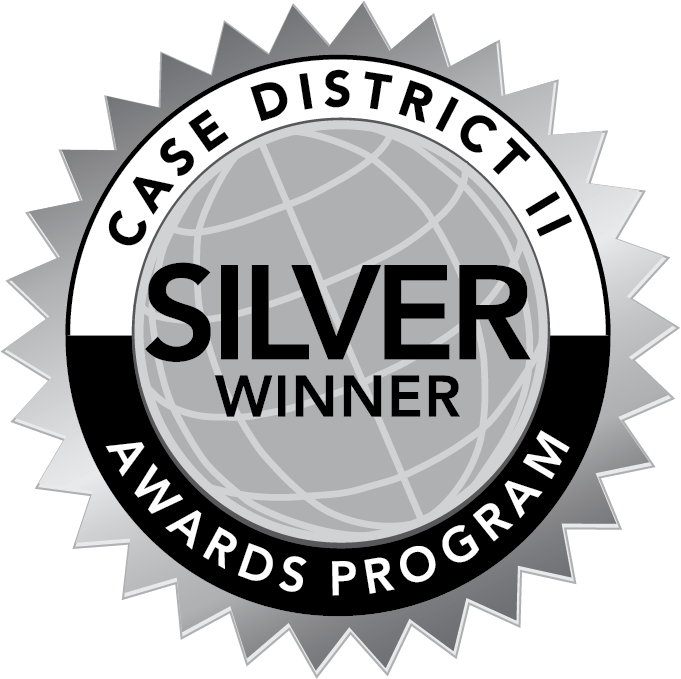 UMBC’s communications team has earned an Excellence in News Writing Award for research, medicine, and science news writing from the Council for Advancement and Support of Education (CASE). UMBC was one of just two universities to receive the award in the mid-Atlantic, CASE’s largest district, representing 700 U.S. and Canadian colleges and independent schools.

The UMBC entry, “Big Reach, Big Impact,” focused on how writers in UMBC’s Office of Institutional Advancement collaborate with partners across the university to produce and distribute stories that resonate with broad audiences. While Retriever Nation is a core audience for UMBC News, articles also often reach news media, organizations that support research, and prospective students, faculty, and staff, who are still getting a sense of what UMBC is all about.

“We examined genomic data from hundreds of ravens collected across North America,” says Anna Kearns, the study’s first author. She’s a former UMBC postdoc who is now at the Smithsonian Center for Conservation Genomics.

Kearns explains that advances in next-generation genomics have made new findings possible, but there are still major hurdles. She shares, “Integrating all of the results across so many individuals, and from such diverse datasets, has been one of the most challenging aspects of this study.”

Joining Kearns in authoring the Nature Communications paper were PI Kevin Omland, professor of biological sciences, and researchers from multiple universities in the U.S. and abroad. In the typical UMBC way, undergraduates played an important role in the research, analyzing mitochondrial DNA. Both Jin Kim ’16, biological sciences, and Hayley Richardson ’17, statistics, are coauthors on the study.

“The bottom line is [speciation reversal] is a natural evolutionary process, and it’s probably happened in hundreds or almost certainly thousands of lineages all over the planet,” explains Omland.

He notes, “One of our biggest goals is to just have people aware of this process, so when they see interesting patterns in their data, they won’t say, ‘That must be a mistake,’ or, ‘That’s too complicated to be correct.’”

UMBC’s CASE award entry also included an article by Hansen on how UMBC physicists discovered that African wildfires are impacting climate in unexpected ways. The study was the work of Zhibo Zhang, associate professor of atmospheric physics, Ph.D. students Chamara Rajapakshe and Zhifeng Yang, and collaborators from across the U.S. and China.

The team examined what happens in clouds when smoke from fires in central and southern Africa is swept westward over the Atlantic Ocean. They used data from a LiDAR system on the International Space Station to solve this highly complex puzzle.

Honoring a collaborative community of scholars

Another article in UMBC’s winning entry highlights the research achievements of several history faculty. Written by Catalina Sofia Dansberger Duque, the piece opens by introducing Christy Ford Chapin, associate professor and author of Ensuring America’s Health. After writing her in-depth history of the U.S. health insurance system, Ford Chapin received a Kluge Fellowship to immerse herself in the banking and finance collections of the U.S. Library of Congress.

“We have to be like private investigators,” Chapin told Dansberger Duque. “I was really intimidated by the research aspect early on in my graduate career, but then I fell in love with the hunt for primary sources and the process of putting together pieces of the evidence puzzle.”

Also featured in the article is Meredith Oyen, associate professor, who held a U.S. Holocaust Memorial Museum Fellowship, studying the resettlement of refugees in China after WWII. Oyen followed a paper trail from Shanghai to Taipei, London, and Washington, DC to gather clues on what occurred.

Marjoleine Kars, associate professor and chair, and Kate Brown, former professor, who is now at MIT, completed Braudel Senior Fellowships at the European University Institute. While there, Kars worked on her book about one of the largest rebellions of enslaved people in Atlantic history. Brown continued her research on the lasting impacts of the Chernobyl nuclear disaster.

What made these faculty fellowships possible? Kars shared, “One core aspect of UMBC comes to mind: our collaborative community of scholars. This is what makes it possible for us to explore unique research opportunities around the world, and what draws us back to UMBC each time, to share what we’ve learned.”

A series of articles on UMBC’s research impact would be incomplete without highlighting the bwtech@UMBC Research and Technology Park. An article by Megan Hanks Mastrola announced UMBC’s new iCyberCenter, designed to help international cybersecurity companies establish a U.S. presence.

Maryland Governor Larry Hogan announced plans for the center during a trade mission to the United Kingdom in 2017. The iCyberCenter later launched with a focus on intensive training for the executives of select international companies seeking to connect with the U.S. market. The Baltimore Sun, Baltimore Business Journal, and Technical.ly Baltimore covered this important news and later developments in UMBC’s cybersecurity collaborations.

Dinah Winnick, director of communications and content strategy and UMBC News editor, accepted the award on behalf of UMBC at the CASE District II conference in Philadelphia earlier this spring. The communications team previously received an Excellence in News Writing Award in 2017 for a series of stories demonstrating UMBC’s joint commitment to research and teaching.

Featured image: UMBC’s campus in spring 2019. Photos are by Marlayna Demond ’11 for UMBC, unless otherwise noted.