UMBC has named Phyllis Robinson, professor of biological sciences, the Robert and Jane Meyerhoff Chair of Biological Sciences. The three-year appointment honors Robinson for her exceptional contributions to her research field, commitment to addressing gender equity issues in STEM fields, and dedication to mentoring students and faculty at all levels. 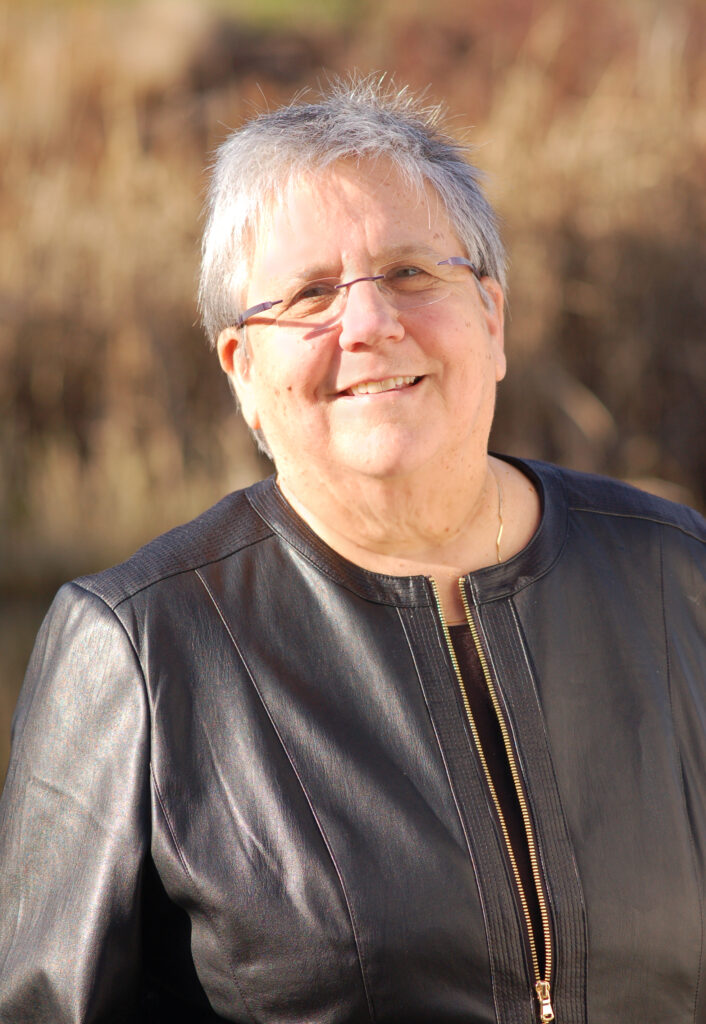 Robinson is an international leader in the field of vision science. She sees the visual system as “a wonderful way to look at signaling in biological systems and an entrée into the nervous system and neurobiology.”

Robinson examines the visual system from “molecules to behavior,” and her lab incorporates techniques from biochemistry, molecular biology, and physiology. She has published dozens of peer-reviewed papers, presented her work all over the world, and garnered millions of dollars of research support from the NIH and other sources.

Robinson is also a tireless advocate for women and other underrepresented people in STEM. In 2000, in response to an MIT report on resource discrepancies between men and women in STEM, she co-founded UMBC’s Women in Science and Engineering (WISE) group. What started as a monthly gathering for women faculty to connect has grown into a rich mentoring network. WISE now offers workshops to faculty members and graduate students on topics from leadership development to eating healthfully on a hectic schedule.

The WISE group tapped into a need on campus and spurred further efforts to support women in STEM. Robinson served as co-PI on the UMBC NSF ADVANCE Grant, which is nationally recognized as a model for institutional transformation programs. Between its inception in 2003 and 2018, the number of tenured and tenure-track women faculty members in STEM disciplines at UMBC increased 60 percent, from 30 to 48, and the number of women who are full professors more than doubled.

Because of Robinson’s efforts, “I am now the proud colleague of five highly-qualified junior women faculty,” says Rachel Brewster, professor of biological sciences. “Their presence in the department is a source of inspiration for our large female undergraduate and graduate population.”

Marie desJardins is now dean of the College of Organizational, Computational, and Information Sciences at Simmons College and was previously a professor of computer science at UMBC. She comments that Robinson’s invitation to join an ADVANCE leadership cohort “helped me to cement my goals as an academic leader.”

“As a university, we’re committed to supporting everybody,” Robinson says. “We’re not perfect, but there is a commitment to underrepresented minorities and women in STEM.”

Robinson was honored by the UMBC President’s Commission on Women in 2012 and recently received the 2018 Marilyn E. Demorest Faculty Advancement Award for her advocacy work at UMBC.

Robinson is a dedicated mentor to dozens of graduate and undergraduate students from all backgrounds. In 2017, she succeeded Lasse Lindahl, professor of biological sciences, as program director of MARC*USTAR at UMBC—an NIH-funded undergraduate scholars program that connects students from groups underrepresented in the biomedical sciences with valuable research opportunities. UMBC’s program has already supported over 100 UMBC alumni who have earned Ph.D. or M.D./Ph.D. degrees.

Like her advocacy for diverse STEM faculty, Robinson’s work as a mentor for students goes back decades. She was previously honored for excellence in mentoring by the University System of Maryland Board of Regents in 2002 and by the Leadership Alliance in 2006.

At UMBC, “I’ve been able to do my science and also put energy into the social justice aspects of the world that are important to me,” Robinson says. “One doesn’t exclude the other.”

Dean of the College of Natural and Mathematical Sciences William LaCourse is grateful for Robinson’s efforts over the course of her career at UMBC. “Professor Robinson’s professionalism is equally matched by her passion for research, her gift for mentoring, and her compassion for others,” he says. “Over the past 26 years, she has provided exceptional service to the university through her tireless leadership and advocacy for others.”

Robinson reflects that the UMBC environment helped make it all possible. “I’ve enjoyed working at UMBC,” she says, “because as a fairly young university, if you put energy into something you can really have an effect here.” Robinson certainly has.