For over a century, speciation—where one species splits into two—has been a central focus of evolutionary research. But a new study almost 20 years in the making suggests “speciation reversal”—where two distinct lineages hybridize and eventually merge into one—can also be extremely important. The paper, published in Nature Communications, provides some of the strongest evidence yet of the phenomenon, in two lineages of Common Ravens.

“The bottom line is [speciation reversal] is a natural evolutionary process, and it’s probably happened in hundreds or almost certainly thousands of lineages all over the planet,” says Kevin Omland, professor of biological sciences at UMBC and final author on the new study. “One of our biggest goals is to just have people aware of this process, so when they see interesting patterns in their data, they won’t say, ‘That must be a mistake,’ or, ‘That’s too complicated to be correct.’”

“We examined genomic data from hundreds of ravens collected across North America,” says Anna Kearns, the study’s first author and a former postdoctoral fellow at UMBC, who is now a postdoc at the Smithsonian Center for Conservation Genomics. She explains, “Integrating all of the results across so many individuals, and from such diverse datasets, has been one of the most challenging aspects of this study,” but that effort was worth it. “Next-generation genomic techniques are revealing more and more examples of species with hybrid genomes,” she says. 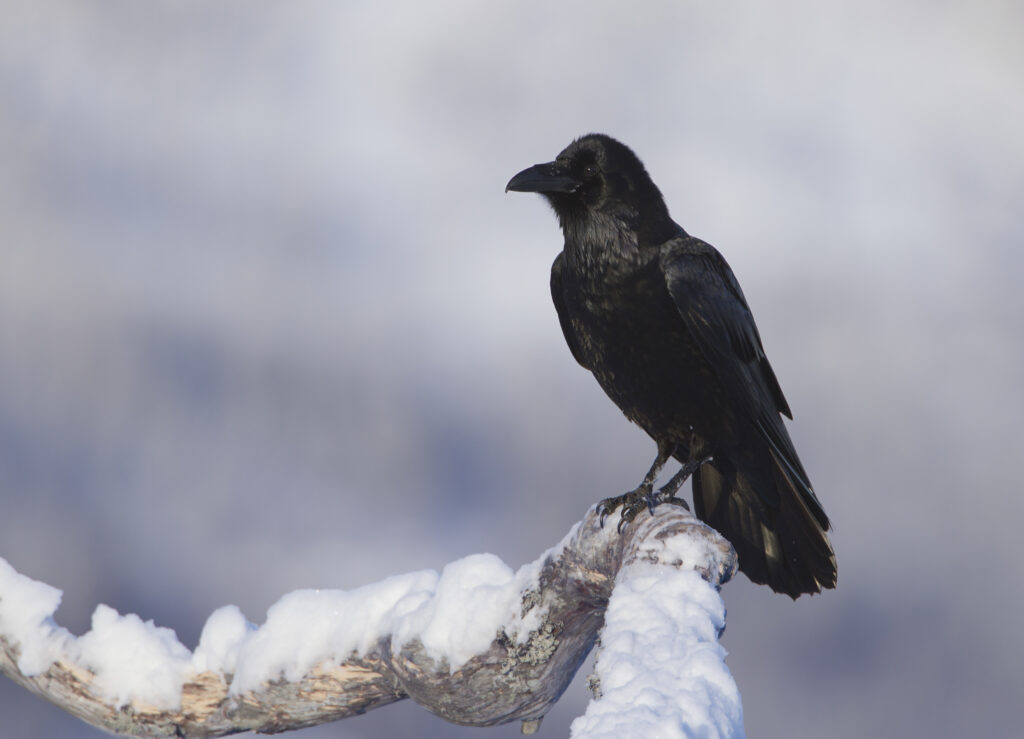 When Omland initially began work on this project in 1999, Common Ravens were considered a single species worldwide. He thought further research might uncover two distinct species—perhaps an “Old World” and “New World” raven—but the real story is much more complicated. Omland reported the existence of two Common Raven lineages in 2000, one concentrated in the southwestern United States dubbed “California,” and another found everywhere else (including Maine, Alaska, Norway and Russia) called “Holarctic.”

Since then, the plot has thickened. Two undergraduates in Omland’s lab, Jin Kim ’16, biological sciences, and Hayley Richardson ’17, statistics, who were supported by the NSF-funded Interdisciplinary Training for Undergraduates in Biological and Mathematical Sciences program, analyzed mitochondrial DNA from throughout the western United States and found the two lineages are extensively intermixed. In 2012, the Norwegian Research Council provided major funding for the project and Kearns spent a year at the University of Oslo analyzing nuclear genome data.

The best explanation based on the team’s analysis is that the California and Holarctic lineages diverged for between one and two million years, but now have come back together and have been hybridizing for at least tens of thousands of years.

“The extensive genetic data reveals one of the best supported examples of speciation reversal of deeply diverged lineages to date,” says Arild Johnsen, professor of zoology and evolutionary biology at the Natural History Museum of the University of Oslo and another leader of the study. “The biggest thing is the degree to which we’ve caught them in the act,” adds Omland. 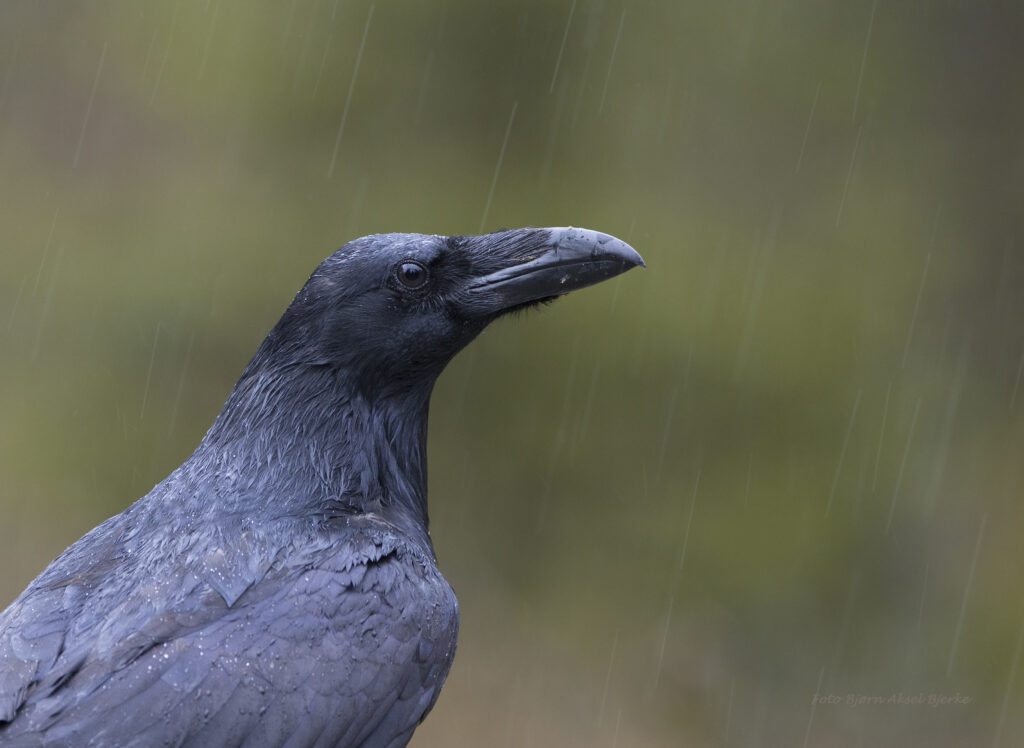 How does this relate to people? Humans are also a product of speciation reversal, Omland notes, with the present-day human genome including significant chunks of genetic material from Neanderthals and Denisovans, another less well-known hominid lineage. Recent genetic studies have even indicated a mysterious fourth group of early humans who also left some DNA in our genomes.

“Because speciation reversal is a big part of our own history,” says Omland, “getting a better understanding of how that happens should give us a better sense of who we are and where we came from. These are existential questions, but they are also medically relevant as well.”

Next steps in the current avian research include analyzing genetic data from ravens who lived in the early 1900s to investigate the potential role of humans in the speciation reversal process. “Getting genomic data out of such old, degraded specimens is challenging,” says Kearns, “and all work must be done in a special ‘ancient DNA’ lab at the Smithsonian’s Center for Conservation Genomics.” If those ravens have a similar distribution of genes from the Holarctic and California lineages as the ravens living today, it’s unlikely changes in human civilization over the last century played a role.

Co-author John Marzluff, professor of wildlife science at the University of Washington, sums up the experience of being part of such an important study. “It is fascinating to me that this complex history of raven speciation has been revealed. For decades my students and I held and studied ravens throughout the West and never once suspected they carried evidence of a complex past,” he says. “Thanks to collaborations among field workers and geneticists we now understand that the raven is anything but common.”

This research has been published in The Washington Post, The Guardian, National Geographic, Atlas Obscura, Science Magazine, and many others.

UMBC engages Howard Community College students with environmental science—online and in their own backyards
September 11, 2020