Baltimore’s McKeldin Fountain, an icon of Brutalist architecture, may have been demolished in 2016, but Lisa Moren, professor of visual arts, wants to ensure visitors can still experience its presence and history. On Saturday, May 19, from 1 to 4 p.m. at the former site of the fountain at the intersection of Pratt and Light Streets, she will officially launch her augmented reality app NONUMENT 01::McKeldin Fountain, a project created in partnership with James Mayhew, MFA ’10, IMDA, and Slovenian artists Martin Bricelj Baraga and Neja Tomšič. The launch event is free and open to the public.

The app, which is available for both iOS and Android devices, projects a full-scale 3D image of McKeldin Fountain onto tablet or smartphone screens, creating the illusion that the fountain is present in the surrounding environment. The fountain’s history is told through various interactive “memory artifacts,” such as koi fish and protest signs, which when clicked will show interviews with Baltimore residents sharing their memories of events at McKeldin Square. The app can be downloaded for free and used anywhere in the world, but its effects are best realized when used on McKeldin Square where the fountain once stood. 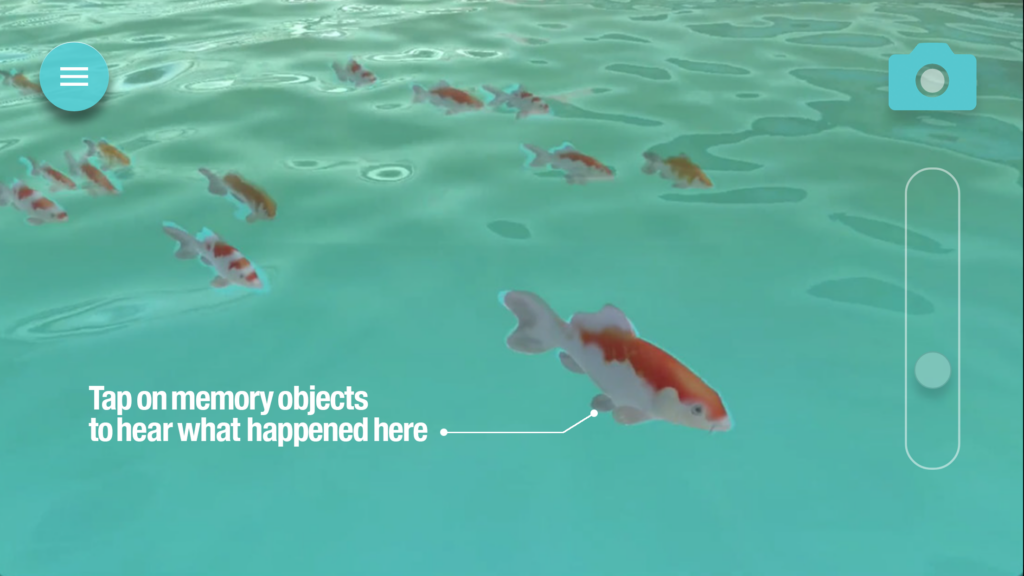 “McKeldin Fountain was a place where ordinary citizens could express themselves creatively, relax, or stand up for their values,” says Moren. “The story of its destruction, which included little public input, points to the diminishment of public spaces worldwide. In terms of public art, quality of life, and free speech, we feel a loss for the residents of Baltimore.” 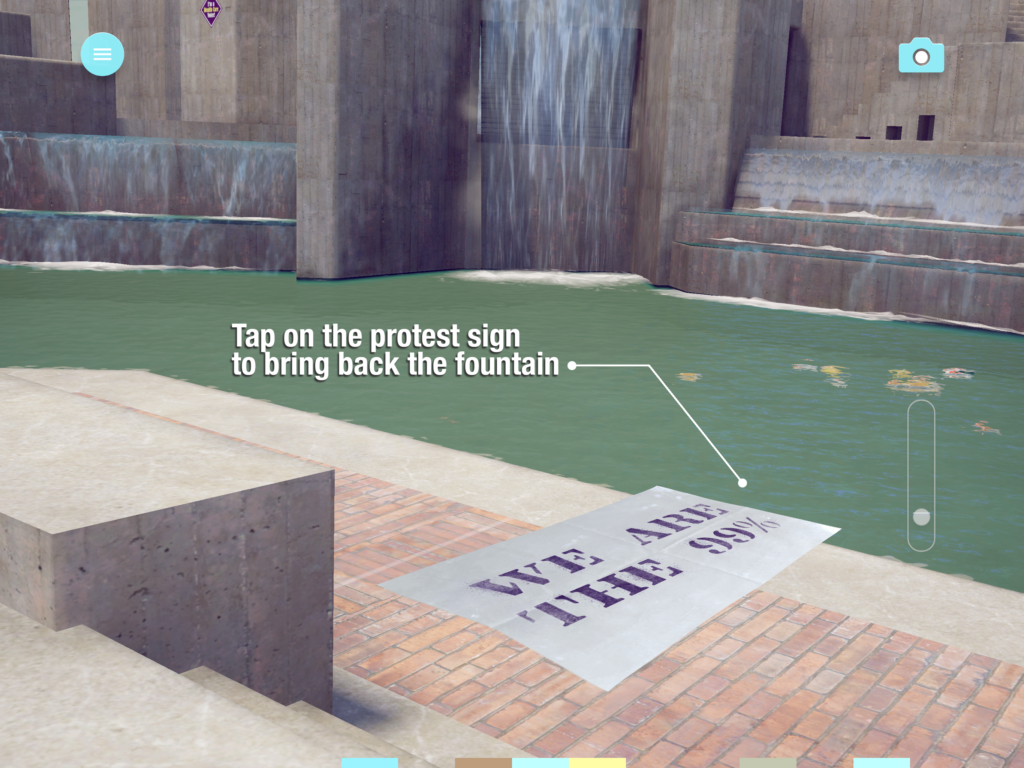 Following the event at McKeldin Square on May 19, participants are invited to move to Maryland Art Place on Saratoga Street for an exhibit featuring video installations of content used in the app and mixed reality media.

See here for a March 2017 UMBC News story on the development of NONUMENT 01.

For more information about NONUMENT 01, visit its website here.